You are here: Home > What is Potash?

Potash is a generic term for various Potassium (K) salts. Over 90% of Potash is used as fertiliser and is one of the three primary agricultural nutrients (N-P-K). The end product is sold in fertiliser markets and can take a number of forms, all of which include the critical nutrient Potassium. Potash can be used on all plants to boost plant health and nutrition as well as to increase crop yields.

While all Potash fertilisers contain Potassium there are a number of different forms. The two most common forms are Muriate of Potash (MOP) and Sulfate of Potash (SOP). Sulfate of Potash (SOP) is a premium Potash fertiliser free of Chloride (unlike MOP) which is harmful to plants). SOP is used primarily on high value crops, usually leafy plants, such as fruits and vegetables. MOP is commonly used on carbohydrate type crops such as wheat. SOP may be applied to carbohydrate crops however the use of MOP on leafy plants will typically burn and harm them while also affecting taste. 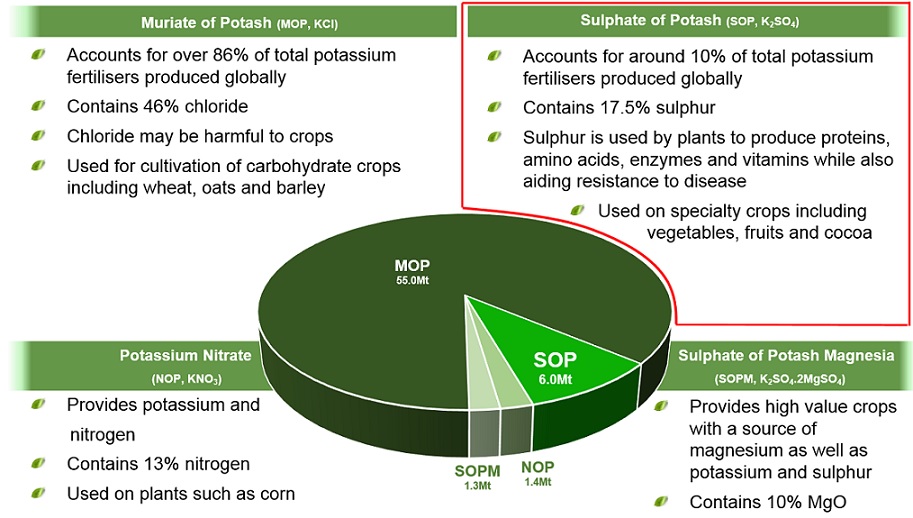 As a premium product, SOP attracts a premium price to MOP which is currently well above historical premiums of approximately 50%. 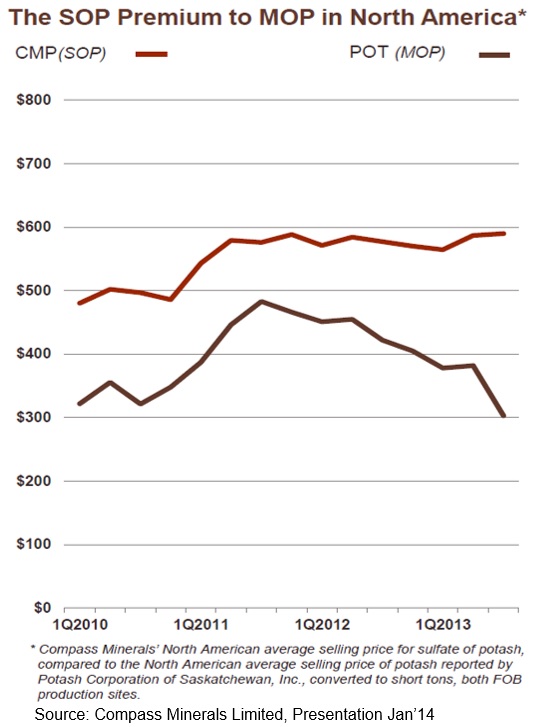 The premium has widened in recent times due to instability in the MOP market through the split of Uralkali, a major Potash producer, from the Belarusian Potash Company. Throughout this period the price of SOP has remained stable.

The SOP price is underpinned by the rarity of sizeable primary deposits and the high cost of the Mannheim production process through which approximately 50% of SOP is created. There are no viable substitutes and demand continues to steadily increase, unaffected by the instability in the MOP market.

SOP is produced via primary or secondary processing methods. Primary processing is the lowest cost production method however the rarity of primary deposits means less than 30% of SOP production is via this method. Reward Minerals will be a primary producer of SOP via its brine deposits in Western Australia.

Around 50% of SOP is produced via the Mannheim process, an energy intensive conversion process whereby MOP is combined with sulfuric acid to create SOP and a hydraulic acid by-product. Not only is the process highly capital intensive, it is predicated on the availability of markets to sell both of the resulting products. It is this supply of SOP which creates a price floor for the commodity well above the marginal production costs for any primary deposits. 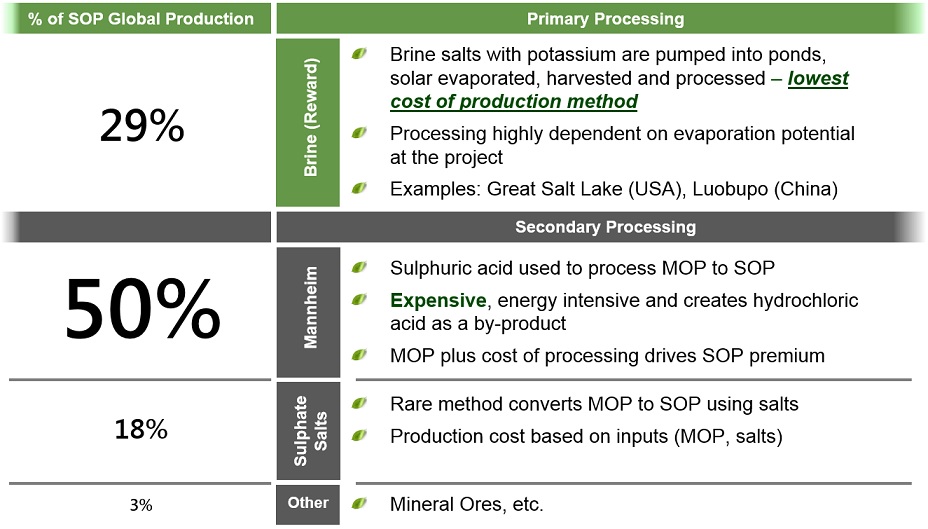 Stay up to date an all the latest company information and ASX announcements.